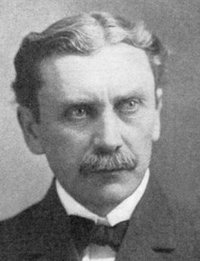 The purpose of the James Mooney Award is to recognize and thereby encourage distinguished anthropological scholarship on the South and Southerners. Presented annually, the award includes a $500 cash prize and certificate of recognition to be presented to the winning author at an awards ceremony. In addition, an Honorable Mention Award includes a certificate of recognition. The winning presses will also receive certificates of recognition and will be granted free exhibit space at the Society's annual meeting and, for one year, free advertising space for the winning books in theSouthern Anthropologist.

Previous recipients of the James Mooney Award may be found here.

To be considered for the2017 James Mooney Award(presented in 2018), a book must have been published in2016 or 2017. The judges welcome works on the South or Southern peoples and cultures (past or present) in, of, or from the region. Books may be from any subfield of anthropology or from other disciplines so long as the primary perspective of the work is anthropological. Co-authored books may be nominated, but edited volumes may not. The nomination must clearly be for a single book, even if it builds on prior work by the author or others.

Nominations for the2017James Mooney Award may be submitted by a press or an individual. The nomination should include a letter briefly describing the subject, identifying the anthropological significance of the work, and giving the name, address, and telephone number of the author. The letter of nomination should be accompanied by three copies of the book, one for each member of the selection committee. (In lieu of submitting book copies, individuals may submit a brief summary or review of the nominated book. The Mooney committee chair may then opt to seek copies from the publisher.)

An unsuccessful title may be re-submitted once. A book is eligible for nomination twice over atwo-year window. To be considered for the2017 JamesMooneyAward (presented in 2018)a book must have been published in2016 or 2017. Titles should be submitted for consideration byOctober 1, 2017. Please send submissions to Daniel W. Ingersoll, the Mooney Award Press Coordinator, whose address is below.

Books will be judged by a committee of anthropologists from different subfields in the discipline. The winner will be announced at the2018 annual meeting of the SAS.